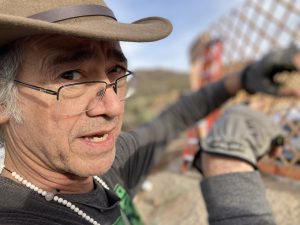 Charles Hernan Carreon currently advises and represents the North American Association of Visionary Churches as their General Counsel.  He also advises member churches to the NAAVC, including the Arizona Yagé Assembly.  His legal work is exclusive to NAAVC member churches and their congregation members.

Charles Carreon’s role as General Counsel for NAAVC evolved from several years of representing the Arizona Yage Assembly (AYA) in the role of legal advisor and operational consultant. Currently supervising NAAVC and AYA as plaintiffs in litigation against the Drug Enforcement Administration and other government agencies in the United States District Court for the District of Arizona.

Carreon was at one time best known for his part directing the legal team that successfully litigated the Sex.com domain-name property-rights case.  Following the theft of the domain name sex.com, Carreon was the first attorney to successfully litigate domain names as property, eventually earning a $65 million judgement in 2001.  In 2008, Carreon published his account of events in his book The Sex.com Chronicles.